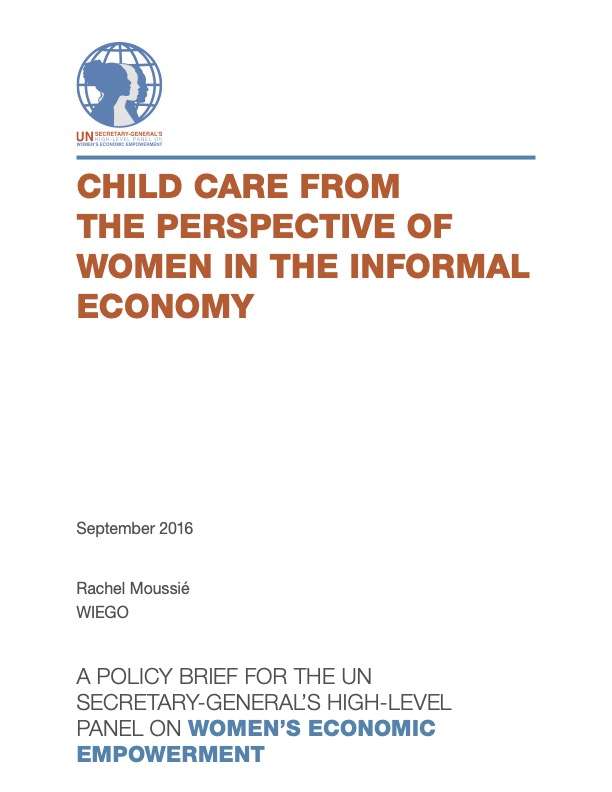 Alongside their low paid work, many women informal workers are responsible for cooking, cleaning and the care of children, the ill and the elderly due to socially ascribed roles. On average across 66 countries, representing two-thirds of the world’s population, women spend more than three times as much time as men on unpaid care and domestic work in their own homes (ODI 2016). Having a young child at home significantly increases the time women spend on unpaid care work consisting of nursing, breastfeeding and looking after the child (direct care), as well as cleaning, cooking, laundry and water collection (indirect care) (Budlender 2008, Cook and Dong 2011). Research from Colombia, Ethiopia, Zimbabwe, Uganda and the Philippines shows that amongst low income households women’s unpaid care work does not decrease once they start engaging in paid work; instead, their overall workload increases (Oxfam 2014).
Download